You can help China Mieville's "Familiar" come to life 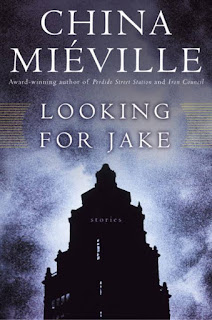 Inside this book by China Mieville  there is a story called "Familiar," which Strange Horizons calls "a lushly written monster story about a witch's insatiable familiar." Now an enterprising group of filmmakers at Mythos films is hoping to put together a film based on this story, and they need help getting their project off the ground. The story description sounds awesome:


"Using parts of his own body, a man summons a creature from beyond: The Familiar. But it is not what he expects. It is an abomination. Sickened and unable to destroy it, he casts it into a canal in the midst of the city.  But all is not finished for the creature. Freeing itself, it learns from the machines, animals and people that it encounters, growing both in flesh and by adding pieces of hardware it finds in the alleys and abandoned buildings it explores. It adapts, evolving in both lethality and its ability to comprehend. Soon however, it realizes it is not alone..there are others of its kind and they are territorial. More, its creator comes searching for it, in desperate need to finish a contract that could cost him his very soul..."

I don't usually do this sort of thing here since this is really just my reading journal, but I loved Mieville's Perdido Street Station and his Kraken so I agreed to help get the news out about the kickstarter campaign to make this film a reality.   You can read all about it, actually see a movie clip (which looks genuinely creepy, I might add) and if you are so inclined, make a contribution  here.  The group putting together the film does not want to use special effects, so this could be really, really cool and really really different. 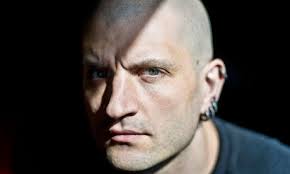 Jump on over to the website where contributions are being taken through November 15th  -- and I wish Josh and the other people at Mythos best of  luck on their project.