In 2014, had he lived,  J.S. Le Fanu would have been two hundred years old, and Dreams of Shadow and Smoke is an anthology in celebration of that anniversary.  It is dedicated to Le Fanu

"and those who have read his work with fondness."

That's me -- one of those who have read and loved Le Fanu's work, so when I discovered the existence of this book, I knew I had to have it.  It  has made me want to go back and reread Le Fanu -- so it works on two levels. If you haven't read this genius author's work, reading this collection will certainly arouse a desire to do so; it will also most definitely appeal to those who've already enjoyed his writing.  It is a huge win-win, even more so because these stories never devolve down to a pastiche level -- the modern writers who fill these pages use their space to offer their own more modern takes on Le Fanu's already well-established themes.  That's bookspeak -- in reader-ese, I was simply blown away at how brilliant this collection is, and I have no qualms at all about telling anyone and everyone to read this book.

Without going into detail -- there are definitely writeups of this book out there already done by real reviewers -- there are ten stories in this book written by ten wonderful writers.  Two of them, Sarah LeFanu (note the spelling difference) and Emma Darwin have some sort of family connection; several are from people whose work I've read previously and I've discovered new ones to seek out.  Here's the Table of Contents:


"Seaweed Tea," by Mark Valentine
"Let the Words Take You," by Angela Slatter
"Some Houses -- A Rumination," by Brian J. Showers
"Echoes," by Martin Hayes
"Alicia Harker's Story," by Sarah LeFanu
"Three Tales from a Townland," by Derek John
"The Corner Lot," by Lynda Rucker
"Rite of Possession," by Gavin Selerie
"A Cold Vehicle for the Marvellous," by Emma Darwin
"Princess of the Highway," by Peter Bell

All of these tales are delightfully dark and done with such a degree of finesse that makes the book sheer joy to lose yourself in.   There are also "story notes" at the end of the book, where each author talks about his or her work in this volume and how Le Fanu has influenced them in their own writings. 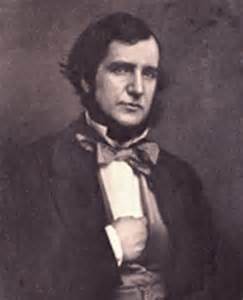 For me what sealed the deal with this book was not just the stories themselves, but the focus on the combination of landscape & history and how it melds with the already somewhat-disturbed psyche. This concept is played out time and again -- in Peter Bell's "Princess of the Highway" for example  the view from a holiday cottage in the remote Irish countryside ventures

"across the rain-drenched moorland, the peat-hags, the black bogs and the solitary lough, beneath the louring clouds which, down here in the depression, seemed to suffocate, eloquently earning the land's repute as the most haunted region of Ireland."

It is an "eerie landscape... eloquent of darker legends, and a history as bloody as it was bleak".  But Ireland isn't the only setting.  Angela Slatter uses her native Australia "because it taps into that idea of hills and fairy mounds, yet it's part of a wild landscape that's very different to Ireland." And in "Seaweed Tea," the coast of England reveals a spot where "the sea seemed to obey different rules," where "black stones ... hold the secret ... of the other tide, the dark tide... invisible to us..."

The concept is just brilliant, the stories are very well written,  and as one reviewer from "Totally Dublin" sees  it,


"It's a relief to see no fear of what drier shites call 'floweriness.' The long sentences are lithely living, with nocturne's mist hanging on every comma."

And when he also says that

I  have to say that I couldn't think of higher praise for this entire book.  If I was as eloquent, I would say the very same thing.