Kzradock the Onion Man and the Spring-Fresh Methuselah: From the Notes of Dr. Renard de Montpensier, by Louis Levy 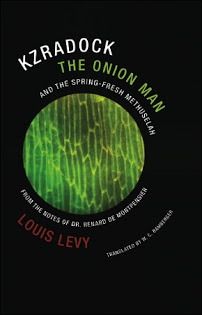 Well, that certainly is the question at the heart of this book, which our narrator tells us is a


"dreadful and bloody mystery, one that is still not entirely understood by the author."

The word "mystery" here is certainly in line with the back-cover blurb which calls this book "a fevered pulp novel," but really, it is anything but.  There are certainly a number of pulp elements found here that make for fun reading; on the other hand, the true mystery it presents is deadly serious.

When Dr. Renard de Montpensier first took on Kzradock's case, he soon realized that Kzradock was not "really insane," but that he'd "been made insane" because he holds the solution to a heinous crime, one which had been "encased" inside his psyche by a certain Lady Florence. As the novel opens, we are made privy to what the good doctor calls a "séance" -- in truth a session of hypnosis -- where he's attempting to unlock the dark secrets that are the source of Kzradock's  ongoing torment. The only way to help him, thinks de Montpensier, is to "investigate the crimes forming the basis of Kzradock's state," and using his own "science," he hopes to "send him back into society."    Okay -- so far so good, sounds right up my alley, but then, after a crazy night out at a theater where the crime itself is the movie,  and a wild scene that greets him on his return to the Paris asylum where Kzradock is a patient, everything shifts as the doctor finds himself  "At the edge of the abyss between madness and reason."  From this point on, things become surreal (and I don't use the term lightly) as de Montpensier tries to get to the root of the secrets buried deeply in Kzradock's soul.

The back-cover blurb says that this book combines "elements of the serial film" (check), "detective story" (check), and "gothic horror novel" (check), but what it doesn't say is that ultimately it is a nightmarish journey into "the sufferings of a sick soul."   Reading this book felt like standing in  constantly shifting sands where I was trying to gain some sort of foothold on solid ground but couldn't. As quickly as some sort of rational explanation for it all would come to mind, things would change so I just gave up trying to go the rational route and let the book speak for itself, which is a good way to approach this story.   This book is not your usual narrative sort of thing but rather a gigantic puzzle that doesn't yield up its secrets until the very end, and to say that I was gobsmacked is an understatement.  It is the epitome of cryptic, and obviously this post doesn't even begin to scratch the surface of this novel, but there's a good reason for that which is all explained at the book's conclusion.

Wakefield is publishing some incredible books, and I certainly loved this one and enjoyed the journey although there were times I had to walk away because it was so intense.  I mean, there is horror, and then there is horror, and to me the most horrific things often have their roots in the human psyche.  As de Montpensier says at one point,


"... a strained soul creates an entire world within the skin that surrounds it..."

and truer words have never been spoken. 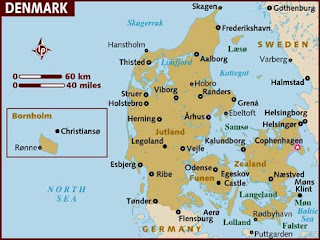