in search of lost time: The St. Perpetuus Club of Buenos Aires, by Eric Stener Carlson


"Hobbes was right...life is too short."

Set in Buenos Aires, Miguel Ibaňez spends his days working as a civil servant, "the lowest-rung bureaucrat"  in the "most obscure" Ministry of Parks, Public Monuments and Green Areas. His boss, Gutierrez, has dumped a lose-lose assignment in his lap -- telling him that since he had been a student of "all that philosophy and shit at the University of Buenos Aires," maybe he could figure out how to keep everyone happy on both sides of the issue of gating all of the city's parks and then locking them at night to keep the homeless out.  Miguel knows that whatever he does will cause controversy, and matters are made even worse when he's told he'll be organizing a conference on the topic.  This wasn't the life Ibaňez had planned -- once he'd been a promising PhD student working diligently on his dissertation with the aim of being a professor, but as things so often happen, he had to set his future plans aside and take a job.   As an escape, he often returns to his favorite haunts, bookstores. Not the


"modern bookstores, with hip-hop blaring and cappucinos foaming and salesgirls in tight T-shirts offering self help books on everything from Zen Buddhism"

but the old stores with "musty" smell, "dusty, isolated from the cares and troubles of the outside world. His favorite is Bernardo's, where the owner sat perpetually thumbing through his well-worn copy of Proust's A la recherche du temps perdu.  And indeed time, or more specifically, the secret of  controlling time, is the subject of this fascinatingly strange book, which weaves its way through the streets, the subways and the old bookstores of Buenos Aires.

At Bernardo's one afternoon after a particularly difficult morning at work, Ibaňez is searching for a particular edition of Plato's Republic that he'd been eyeing for a very long time. Grabbing it from its usual spot on the shelves, he discovers to his surprise that he'd picked up a "rather battered edition" of Butler's Lives of the Saints. When he questions Bernardo about the Republic, the only answer the old man can give him is a cryptic "Tempus fugit," before sticking his nose back in the Proust.  He turns to Bernardo's wife Bernardina with the same question, and her response, trying to snatch it from his hand, piques Miguel's curiosity. As he notes,


"The binding was good, the leaves sturdy. But the more I looked at it, the more I felt there was something deeper. I didn't know what it was, but I felt Bernardina sensed it too."

He also had the feeling that this particular book "belonged" to him.  It had for some reason been priced ridiculously low, so Ibaňez decides to buy it. Despite the fact that the money should go toward baby formula for his infant son,  Miguel hands over the cash and claims the book for himself, while Bernardina begs him not to take it.  That night he begins to read, and when he gets to the section on St. Perpetuus, eighth Bishop of Tours, he finds "a series of annotations between the lines," in "beautiful, flowing cursive, the kind you find in old court documents from the 1800s." As he soon discovers, this "sort of malicious diary hidden between the lines and arranged in a series of books" is "anything but saintly."  He begins to lose himself in this secret book within a book, uncovering the writings of a man who claims to have the power to control time. As he follows this man's story, this book becomes Miguel's obsession while juggling work, a wife, and fatherhood; after all, who wouldn't want to know the secrets of how this is possible?  In searching for answers, his obsession slowly turns into a quest, even as he lets his wife and child slip away from him.

The hidden book turns out to have been written by someone who, like Miguel, was a civil servant himself. I won't go into his story, because it is so strange and so fascinating that it has to be experienced firsthand. What I will say is that this book explores the hidden treasures and secrets of a city, saying in effect that even when time is of the essence, there's much to be discovered in the "dark fissures," the history, and the public spaces of where one lives. As Miguel says as he's looking at the stories that are told on the murals of the city subways:


"Such fascinating stories on the subway walls, and yet I bet not one commuter in a hundred knows what the images mean. People are just too busy with their memos and their deadlines and all of the rest of their bullshit to pay attention."

Beyond the obvious, though, there's the question of time itself -- what would a person do if he/she could go back in time and change things?   The answers are not as cut and dried as one might think.

There's is a LOT going on in this book, but it's all very tightly controlled in the hands of the author, who has woven several topics into one story: the nature of time, the nature of destiny, the hellish and often absurd world of bureaucracy and civil service, and the importance of history.  There are also some very funny moments in this book, including one where I actually recognized myself -- there's one scene where the lights go out in Miguel's apartment, and thinking about changing the fuses, he realizes he doesn't even know what to do -- that the fuse box was "an absolute mystery...Fucking humanities!" That's so me: booksmart but real-world things leave me scratching my head.  On the other hand, it's a very serious story that in my opinion, shouldn't be missed by anyone. 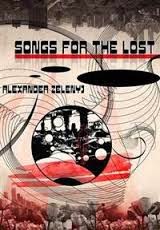 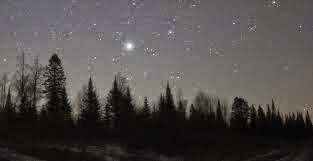