Shadows Gothic and Grotesque: Black Spirits and White, by Ralph Adams Cram; Tales of the Supernatural by James Platt 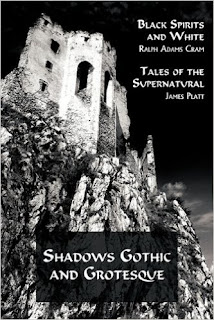 I don't know how I keep finding these old books, but find them I do, and I haven't stumbled onto a bad one yet. I'm sure that day will come, but for now, I've been absolutely delighting in this collection of a dozen supernatural tales, first Black Spirits and White, by Ralph Adams Cram, followed by James Platt's Tales of the Supernatural.

Staring with Black Spirits and White, I'll digress from the book itself for a moment to offer up a very brief bio of the author, since I feel it's important to try to have at least some measure of familiarity of all the writers whose work I read.  Ralph Adams Cram (1863-1942) was a renowned architect, who in December of 1926 even made it onto the cover of Time magazine.

While there is a ton of information about Cram all over the internet -- all you have to do is google him, Douglas Shand-Tucci has written two biographies of him:  Boston Bohemia 1881-1900 (1996) and then a study of his later years in Ralph Adams Cram: An Architect's Four Quests (2005). [Admittedly, I haven't read either, but I do think I'll try to lay hands on Boston Bohemia after the Christmas holidays.] At LambdaLiterary, writer Jameson Currier notes that in Boston Bohemia Shand-Tucci


"alleged that the architect and his circle were closeted homosexual men who demonstrated their sexuality through their designs. Cram was a well-traveled man fascinated by the supernatural, and it is possible, with many of these stories constructed of 'tales of two men agoing ghost-hunting,' to imbue a hidden sexuality to these tales in the same manner as Cram's architecture is now regarded,"

and I will say that I marked quite a number of places in Cram's book where I'm thinking the same.


"Cram's sexual, aesthetic, and religious sensibilities on the same map as those of Oscar Wilde, J-K Huysmans, and Frederick Rolfe ('Baron Corvo') ..."

Anyway, now to the book, which is a collection of six short ghostly tales, and I loved every damn one of them. Published in 1895, the original text has a postscript that reads (in part)


"There seem to be certain well-defined roots existing in all countries, from which spring the current legends of the supernatural; and therefore for the germs of the stories in this book the Author claims no originality."

The "germs" may not be original, but Cram's own take on them is very well done.  While  researching Cram after having finished this collection, I came across someone's little blurb about this book which said that setting aside "The Dead Valley," the remainder of the book consists of (and I quote) the "some-guys-stay-overnight-in-a-haunted-mansion-sing-tally-ho kind of stories," and I can tell you here and now it's much, much, much more than that. Reading carefully, one discovers that setting, landscape, and history are all very important in many of these tales, as is architecture,  which is carefully and artfully described in pretty much every single story except for "The Dead Valley," reflecting Cram's life work.

Flipflopping, I'll start with the last story, "The Dead Valley," since is likely Cram's most famous, since it's appeared in several horror/weird fiction anthologies.  It is a stand-out story in this book, noticeably different from its predecessors, and follows the "tale-within-a-tale" format, related by a man whose friend, a Swedish immigrant, underwent a horror he will never forget as long as he lives, and who came to the US in order to escape the horrific things he'd experienced. I am not going to go any further than that as far as any sort of plot description, but it is certainly an uncomfortable, squirmworthy, and haunting tale.  The rest of the stories (in order, and going undescribed here in this post)  in this volume are "No. 252 Rue M. Le Prince," where I discovered the ultimate perfect name for a reputedly-haunted house, "La Bouche d'Enfer; "In Kropfsberg Keep," which is one of the creepiest tales in this book; "The White Villa," which I also enjoyed but not nearly as much as "Sister Maddelena," which appealed due to its old, secluded convent setting and a couple of pretty evil nuns and because it turns out to be a sort of detective story; and then there is "Notre Dame des Eaux," set in Breton, another one I absolutely loved. 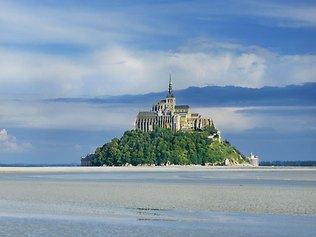 And now we come to the second group of stories, Tales of the Supernatural (1894) written by James Platt (1861-1910).  The full title of this book is actually Tales of the Supernatural: Six Romantic Stories, and sadly, I am just not able to find much about the author, except that he was a contributor to the OED in the area of word etymologies, specializing in obscure words.

This book has a very old-world feel about it that resonates with some other books I've read, like Cazotte's The Devil in Love or even works by Meyrink that bring to the fore the hidden, occult underbelly of Europe, and I don't know about anyone else, but that kind of stuff just grabs me and doesn't let go.   Once again, I won't be describing the contents in any sort of detail, but in the first two stories alone, "The Seven Sigils" and "The Hand of Glory" I discovered he'd included sorcery, an alraune made from a mandrake, a golem, and a werewolf among other things, before moving onto "The Rabbi Lion," "The Evil Eye," "The Witches Sabbath", which isn't what one might think but  way better, and finally, "The Devil's Debt." There are several common threads connecting each story in this book, one very huge one being rivalries between men in love with the same woman.  Where he takes that basic idea is different in each case; suffice it to say that sometimes deals might just be needed to be made with the "fallen angel" in Hell once in a while. If I was a kid back in the 1890s reading this stuff, I'd probably have had the wits scared out of me --  Platt doesn't hold back in horror/creep factor at any point.

Potential readers should be aware that his writing style is definitely not for the faint of heart, but once into the groove, it's easy to pick up the rhythms of the writing.  The language can be downright archaic, but anyone who is truly an aficionado of older Victorian works won't have any issues.  However, it is so worth the time and energy because these are absolutely great stories.

Overall, Shadows Gothic and Grotesque is a no-miss book for people like myself who are constantly on the lookout for new-to-me obscure writers of what I'd consider quality supernatural/horror/ghostly fiction from the past. Reading happiness is right here folks, and once again it's from Coachwhip.  For me it's yet another ahhhh read where I just let myself get sucked right in and never wanted to leave.