The Best Horror of the Year, Volume 2, ed. Ellen Datlow

After the previous volume of this series turned out to be not so hot,  I had a few concerns on my end about continuing to Volume 2. While I won't say that this book inspired many terror-producing moments, it is definitely an improvement over the first collection.


The book opens once more with a summation of books, stories, etc. from 2009, some of which have already gone on my wishlist.  It is followed by 17 stories (* indicates the ones I really enjoyed):

1. "Lowland Sea," by Suzy McKee Charnas
2. "The End of Everything," by Steve Eller
*3. "Mrs. Midnight," by Reggie Oliver
*4. "each thing I show you is a piece of my death," by Gemma Files and Stephen J. Barringer
5. The Nimble Men, by Glen Hirshberg
6. What Happens When You Wake Up in the Night," by Michael Marshall Smith
7. "Wendigo", by Micaela Morrissette
8. "In the Porches of My Ears," by Norman Prentiss
9. "Lonegan's Luck," by Stephen Graham Jones
*10. "The Crevasse," by Dale Bailey and Nathan Ballingrud
11. "The Lion's Den," by Steve Duffy
12. "Lotophagi," by Edward Morris
13. "The Gaze Dogs of Nine Waterfall," by Kaaron Warren
14. "Dead Loss," by Carole Johnstone
*15. "Strappado," by Laird Barron
16. "The Lammas Worm," by Nina Allan
*17. "Technicolor," by John Langan 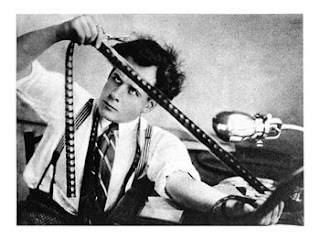 Note the number of asterisks -- when I read Volume 1, I noted three standouts -- now we're up to five!  So, not counting "Strappado," by Laird Barron (which I've already read and which is one of my favorite stories by him), that leaves four that are new to me. Hands down, the best story of this group is "each thing I show you is a piece of my death," which is related through a mishmash of different media forms. It is built around the idea of "the background man," who begins to show up embedded within a number of television shows, movies, etc., with no explanation for his presence. "Mrs. Midnight" spans two worlds -- London of the present, and the same city during the time of Jack the Ripper, with a theater connecting the two. "The Crevasse" would have been a perfect fit for Robert M. Price's The Antarktos Cycle, with its Lovecraftian style and Antarctic exploration theme.  "Technicolor" took me totally by surprise, but I've come to expect good things from John Langan.  A college professor takes his students through Poe's inspiration for "Masque of the Red Death," building the suspense until the very last moment.

While this anthology was not great, it's much better than the first volume of this series.  Between the two, the stories that were standouts for me in this book were of much higher quality and had a better creep factor going on.  Now on to Volume 3 -- hopefully the momentum of improvement will not flag.