Animals of the Exodus, by Alexander Zelenyj 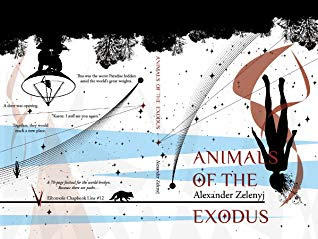 "When your Earth-mud walls are scaled at last,
strike out: your home waits in the vault
None of it was your fault

We belong somewhere, too."


The cover blurb of this book describes Animals of the Exodus as "A 70-page festival for the world-broken. Because there are paths..."  a concept that I first came across in Alexander Zelenyj's Songs for the Lost, a most brilliant collection of stories which  I've been recommending to everyone and anyone who will listen.   It was there also that I first encountered the Deathray Bradburys,  "the most infamous cult band in the history of rock and roll" as noted on the back cover of this author's Ballads to the Burning Twins (Eibonvale, 2014).   The quotation above is from one of their songs, "Migration of the Ancient Children" which is found at the end of this book.  The Deathray Bradburys themselves are legendary, when at the end of August, 2000, they

"along with 225 of their fanatical followers, disappeared from the face of the Earth as part of the fulfillment of a self-prescribed cosmic prophecy."

As explained in Animals of the Exodus, their quest was to


"fulfill a cosmic destiny of finding those who've suffered irreparable trauma, and taking them away from the place of their suffering to a distant Paradise: the binary star, Sirius."

And indeed, in keeping thematically with past works by Zelenyj,  the world in these 70 or so pages of interlinked stories is indeed one filled with "irreparable trauma," and the paths taken by those who suffer who seek to find, again quoting from Ballads to the Burning Twins, "a place, far beyond all of this despair..." 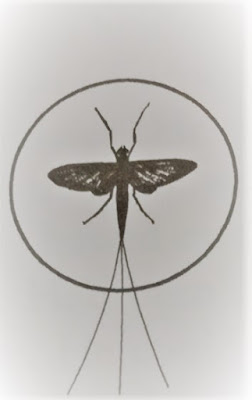 The book begins with "Taking Karen Away," which unfolds under the "twin stars of Sirius"  with a horrendous act, the reverberations of which will later resurface in another story as one of the two people here will soon find herself hoping to find "a paradise among the stars."  "Celeste Had to Go Away" occurs ten years after the "initial disappearance" of the Deathray Bradburys, with the actual story beginning much earlier during "72 hours like lifetimes endured in Hell."  In "Some Saw the Fire Exodus," a boy watches as his sister and her boyfriend come to the culmination of their own particular path, knowing that one day he'll see her again.  Finally, in what is certainly the best of the four and most exquisitely written, "The Mayflies Want to Fly," a boy and his "goddess" teacher take a roadtrip toward "That bright pair" of stars in the east, "in case they're good places."  My advice: read each story slowly and carefully -- the links will emerge without having to look for them --  and consider the book as a whole even though it is divided into short stories.

Anyone who has had the pleasure to have read anything by this author will feel the same emotional gutpunch as before; here he offers such an incredible depth of not just feeling but the very real sense of a broken world  in the very short span of less than 70 pages. Some authors take forever to build that sort of reality in their fictional universes; that is not the case here at all.   Also, like most of the best books I read, there is absolutely no denying that Animals of the Exodus is beyond relevant to our own times.   As I've said before, Mr. Zelenyj really gets it; he's such a brilliant writer that I'd read absolutely anything he writes in the future.

I loved this book; it will not be for everyone but it cannot fail to touch more sensitive souls like myself.

*****
My very special thanks once again to the most excellent people at Eibonvale.  It was such a great, smile-producing surprise to have discovered it a few months back in my mail.  And please,  more of the Deathray Bradburys!!
Posted by NancyO at 12:09 PM