today's double feature: The Moorstone Sickness, by Bernard Taylor and Day of the Arrow, by Philip Lorraine

I'm so behind in posting in this reading journal that it feels as if I'll never catch up. I'm posting on books I read in May -- that's just how far behind I am. On the other hand, I have to remind myself that there's no one sitting here with a gun to my head making me do this, so I shouldn't complain.

I really ought to buy stock in Valancourt Books because since I've discovered them, they've become a regular staple in my horror shelves. Every time the newsletter comes out with new titles, I'm both ecstatic and freaked at the same time -- ecstatic at the thought of another undiscovered author or title, and freaked because I know I'm going to buy them, adding to my already impossible-to-manage tbr pile. But enough of that.  Time to get down to business.

jaded modern horror readers have become.  When I got to the end of the novel, I realized that here is a case where you really have to consider just what it is that constitutes one's personal idea of horror.  If it's blood, guts and gore splattered everywhere you're after, forget it. Not in this novel. If you need every single detail of what's going on explained to you, you won't find that, either.   But if you stop to consider the implications of this story, then it becomes one of the most horrific stories I've ever read.  But to tell is to ruin, so I can't really give away any details.  I will say, though, that the author of this edition's Introduction, Mark Morris, is spot on when he says that


"To maintain the tension it is important that readers care about the fate of the story's potential victims..."

and this is where Taylor's writing really shines.  This is one of those books where the idea of "sinister" creeps up slowly on the reader, since basically you're reading about two people (Rowan and Hal) who find a great house in a small country village, move there, and discover that everything about the place (Moorstone) is pretty much ideal. That's when, I think, I started worrying about this couple -- I mean, if you've read enough horror fiction, you just know that something is off and that things are just too perfect to be of any good to anyone! As it turns out,  I read this in one sitting because despite the slow pace and the neighborly goodwill of Moorstone's residents, I just knew something awful was going to happen and I was right to be concerned.  The Moorstone Sickness is definitely one worth checking out -- I thought about this one for a long, long while after it was all over. 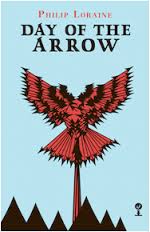 Moving right along, we come to Philip Loraine's Day of the Arrow, which although written in 1964, still packs a hell of a gut punch that I won't soon forget.  Do yourself a HUGE favor though and read the novel before you watch the 1966 movie that was based on it, "Eye of the Devil." While the movie is very good (especially the creep factor of Sharon Tate's indescribable stare), and would be just super for a Deborah Kerr Halloween night creepfest along with "The Innocents",  it leaves out so much of what makes this book an incredible read.

Very much Gothic in tone with atmosphere that doesn't quit, Day of the Arrow begins when James Lindsay spies his former lover coming out of a Paris where she'd evidently been for a tryst.  That makes him wonder ... after all, he knew she was married to Philipe de Montfaucon for six years.   They eventually meet, and Françoise reveals that for the last three years, something's been a bit off with Philipe. It's not another woman -- it's that Philipe is certain that he is going to die.  Lindsay agrees to come to the Montfaucon country estate, Bellac, to see what he can make of things, and while he's there he uncovers a secret in some old tomes of family history that is rooted in traditions going back before the Christians ever set foot in the place.  Something is very much amiss at Bellac, as James discovers, and to his horror, he also comes to understand that whatever is going to happen cannot and absolutely will not be stopped, no matter how hard he tries. 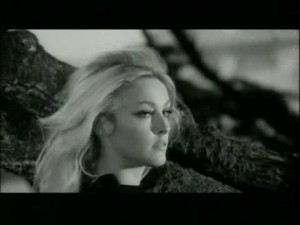 Day of the Arrow is one of those novels that just gets under your skin from the beginning.  Once the scene moves to Bellac, there is no shaking off the atmosphere that Loraine has so expertly crafted. It is  a horror novel with an intense mystery at its center, it goes deeply back into time, and it's a very hard book to put down once it's opened. And while it may not appeal to gore/splatter/swimming in guts sorts of readers, I'd put this old book up against anything coming out today.  It is, in two words, beyond excellent.  It's another one worthy of absolute shrieks of delight once I turned that final page.