paperback (arc from the publisher, thanks so much!!!)

Just in time for Halloween (out October 15th), The Monstrous is a collection of twenty stories that, as editor Ellen Datlow notes are "Not your usual monster kills/destroys everything" tales, but rather stories that tend to focus on "how the humans react to the monstrosities they encounter."  Great approach, if you ask me, and there are a number of stories that are quite good in this collection.  As is also pointed out in the introduction, "monstrosity is in the eye of the beholder," a very pertinent little piece of wisdom.  Since this is an anthology of stories, a mixed bag, so to speak, not every story is going to appeal to every reader, and the concept of "monstrous" is also going to be different depending on whose brain it's being filtered through. Mine, for example, latches on to the "monstrous" in human beings -- I think that the monstrosities people are capable of are far scarier than anything a creepy tentacled thing could ever come up with. So I'll be up front and say that a lot of what you get out of this book depends heavily on what you consider to be "monstrous."  My idea may be totally different from anyone else's. Just keep that in mind.

Let me just say that for me there were some standout stories; there are four that would make your monetary investment in this book very worth it.   Two others are well worth calling to attention; there were only a couple or three I didn't really care for (again, based on my own approach to horror), and then there's the group in the middle, the ones I liked but I didn't feel were as good as the standouts or ones I marked as deserving honorable mention.

First, the standouts: Jack Dann and Gardner Dozois have contributed an absolute stunner with their "Down Among the Dead Men", which thematically reminded me of Primo Levi's The Grey Zone. The action takes place inside of a Nazi concentration camp, begging the questions of  a) what it is that constitutes evil and b) what would anyone do to ensure his or her survival in a place designed for death.  One of the best stories in the entire book -- even if you end up thumbing your nose at the other entries (which you won't), this one is worth the price of the book on its own. Oh my god.

Another standout entry in this book  is Carole Johnstone's "Catching Flies," another one from Fearful Symmetries but one that I never got to ( I lost my copy which is not at all unusual around my house -- it's probably hidden among the multitude of other books in the shelves somewhere).   A young girl and her infant brother have been taken from their home after a particularly horrific event. To spare her, authorities don't want to talk to her about what happened, but little do they know that she already knows, and with good reason.  This one was a gut wrencher, although I won't explain why.  It is my absolute favorite story in the entire book.

Then there's "Jenny Come to Play" by Terry Dowling, which gets positively eerie as you're making your way to the end.  It begins with a woman who says she has to get away and hide from her sister, so she has voluntarily committed herself to a mental hospital.  Her doctor doesn't believe any of her story, thinking the woman is delusional at best.  But when the sister actually does come to find her, the story starts to verge into American Horror Story territory with a beyond-bizarre twist.

I'm going to also include Peter Straub's "Ashputtle" here, a tale about a  kindergarten teacher who believes that "to be lived truly, life must be apprehended with an adventurous state of mind." In keeping with the Cinderella aspect of this short story, Mrs. Asch sees herself as having been damaged by her wicked stepmother and the "figments" that materialize after her mother's death,  but also sees herself in much the same role with her small charges. As she rambles on through her story, she lets out that a little girl is missing, having "partaken of the great adventure."  Very creepy indeed; as I said earlier, it's the human monsters you really have to worry about; this one is particularly unreliable as a narrator. Loved it.

Two honorable mentions here: first,  "Miss Ill Kept Runt," by Glen Hirshberg, because I didn't get it until after a second reading. It's a masterful play on a familiar tale; here, a family is heading out of town on vacation at the same time as the little daughter's birthday.  From the back of the station family station wagon, this little girl begins to realize that something is very, very off -- and as events play out, she discovers that she's not imagining things.  I only picked up the cleverness after the second read.  The second one that deserves calling out is Christopher Fowler's "Piano Man,"  a kind of mishmash of horror and noirish elements that come together nicely in this creepy little tale.   I love Christopher Fowler's work, and he's done a fine job here in his story of a freelance reporter sent to New Orleans to write about the city's secret side.  Entering a bar called Stormy's, he discovers the story he really wants to write.  This one is just beyond cool. Then again, I love noir stories so I can't help myself.

The Monstrous opens with Jeffrey Ford's contribution, "A Natural History of Autumn" which I've read before, and which I like. If you've ever read weird tales from Japan, Ford sort of captures that same feel here in his story about a couple who go off to an onsen,  a sort of guest house built around natural hot springs. The scene is set for love and romance, but well, this is a horror story, so think again.   Dale Bailey's "Giants in the Earth" comes next. "The Lord is with us," says one member of a coal-mining crew while trying to blow open another coal seam deep beneath the ground, and he doesn't know how right he is.  While trying to see what's holding things up in the process, one of the crew makes an astounding discovery that he absolutely cannot believe he's seeing. But it's holding up progress, so it has to be gotten rid of.  Caitlin R. Kiernan splits her story "The Beginning of the Year Without a Summer,"  between a cemetery in Providence and a strange party at a home in Federal Hill.  A transplanted southern woman now teaching at Brown, birds and an odd book  feature in both parts. This one I'll probably have to read again since I have several question marks floating in my head, but the writing is so damn good.   The next one, "A Wish From a Bone" written by Gemma Files  is another one I've read in another Datlow collection, Fearful Symmetries.  It's kind of a modern pulpy don't-open-that-tomb kind of thing, where a TV film crew shooting a show segment somewhere in the middle east discover why they shouldn't have once they've done it.  Oops.  To be beyond honest, I didn't at all care for Livia Llewellyn's "The Last, Clean, Bright Summer" -- this one is truly monstrous and not in a good way at all. 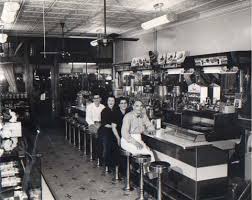 Adam Troy-Castro writes an interesting story about a monster (yes, a true-blue monster) who knows only killing.  "The Totals" takes place in a diner where a group of joke-cracking monsters is hanging out along with a man in "Coke-bottle eyeglasses". In  many ways it's humorous, but ultimately even monsters need release at some point.  This one was so offbeat I couldn't help but like it. Connecticut is the setting for Kim Newman's contribution, "The Chill Clutch of the Unseen," another true-blue monster story in which an old retired cop with family history going back generations meets up with the last monster, who, like the rest of the monsters that have passed through, "came to town to make a last stand."  Brian Hodge returns to a Datlow collection with his "Our Turn Too Will One Day Come," which involves longstanding family secrets that the narrator has never been privy to.  It is only after a call for help from his sister that he discovers exactly what those secrets entail.  And, as he also discovers, his family is much like others out there, but in their own way.   I love the idea of a lineage of women holding family secrets. The next two were just gross, a quality I don't find fun in horror of any sort.   "Grindstone" by Stephen Graham Jones opens with a dying Derle wondering if the sheep that's about to give birth will produce a litter that will take after their old man, and sadly, as much as I loved the two novels I've read by author Adam Nevill, I just wasn't taken with his story "Doll Hands," which was just too much for me. I'm probably the only one on the planet who doesn't care for gross of any sort in my horror stories, but well, it's what it is. 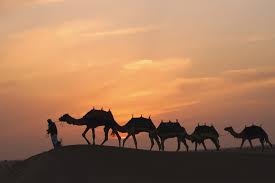 Sofia Samatar is up next with her "How I Met the Ghoul."  In the fifth century, poet Ta'abbata Sharran had the dubious pleasure of meeting a ghoul;  later in the 21st century, a reporter meets her over a meal at an airport.  I read this story as a commentary on the "ghoul's dream" of  modern development laying civilization to waste. Not very horrific in terms of skin crawl, but it does make some very good points.  Skipping ahead to "Chasing Sunset," by A.C. Wise,  we encounter the son of a familiar figure whose father is dying and calling him home. Not a particular fan of this one.  Moving on, I've already read Steve Rasnic Tem's "The Monster Makers," appreciating it a bit more this time around than the last. It's the story of a family which "for ages" has been shunned, "thought to be witches, demons, and worse." While the modern-day son wants to live a normal life with his wife and children, the grandfather wants to ensure his children know and understand their heritage.  The two butt heads, but not before some nasty mayhem ensues.

Last, but not least, is John Langan's "Corpsemouth,"  in which a young man, his mom, and his sister return to Scotland, the home of his parents prior to emigrating to America thirty years earlier.  He is beset by strange dreams, but even stranger is the story of "Corpsemouth" told by his uncle.  His cousin tells him it's malarkey, but is it really?


******
So there you have it.  Would I recommend The Monstrous? The answer is certainly yes, but I'll repeat what Datlow says in her introduction:  ""monstrosity is in the eye of the beholder."  And that is definitely true.
Posted by NancyO at 12:41 PM