5 is my lucky number, but not so much this time. The Best Horror of the Year, Volume Five, Ellen Datlow (ed.)

"We all of us have a chapter like that. A black chapter. Sometimes you write it yourself. Sometimes some bastard writes it for you."

I'll just be blunt here. There were very few stories in this collection that stopped time for me, drew me in so that nothing else existed outside of the book, or god forbid, actually scared me or gave me any sense of the willies whatsoever -- you know, the things that tell me that I've just read an insanely good book of horror tales.  I know that everyone has different ideas about what good horror should be, and I've seen that  a couple of  goodreads readers have given this book 5-star reviews.  But taking this collection as a whole, I  think  it's a lot more "weird" than frightening. When I read horror, I want chills creeping up along my spine; I want to feel the "shivering dread" noted on the back cover blurb. Sorry, but I just didn't get a lot of that here.  Of course, as China Miéville notes in his "afterweird" of The Weird (VanderMeer and VanderMeer eds),

so this is a book in which you should judge the horror factor for yourself.

Now, let's explore, shall we? After all, I did find a few that were nice and squirmworthy (*).


1. "Nikishi,"  by Lucy Taylor:  A good, unsettling choice for a first story, in which a shipwrecked thief finds refuge, a young girl, and nasty hyenas  in a deserted African village, but it slid into predictability after a while.


2. “Little America” by Dan Chaon:  Some time in the near and dystopic future, a man is a traveling to Salt Lake City with a young boy who he ties up when they stay at motels.  Turns out he's not a kidnapper, but a man on a special mission.  I'd label this one more "weird" than I would "horror".


3. “A Natural History of Autumn” by Jeffrey Ford:  This one I loved -- extremely squirmworthy.  Set in Japan, a bar hostess meets a guy who promises her a "field trip" to a private onsen (hot springs) "out in the woods on a mountainside, hidden and very old-fashioned, no frills."  He keeps his promise, and gets more than he'd ever bargained for.    One of my favorites in the entire book. *


4. “Mantis Wives” by Kij Johnson -- I don't get why this is considered horror at all, except for the opening line by John Wyndham: "As for the insects, their lives are sustained only by intricate processes of fantastic horror."  If you're interested in knowing how many ways a "mantis woman" can kill her husband, then you'll like it. I didn't.

5. “Tender as Teeth” by Stephanie Crawford and Duane Swierczynski:  A woman who became infected with a zombie virus is now cured, but some people are not so forgiving of what the "Zombie chick" did before.  I'm not a zombie person, but maybe others will like this story.


6. “The Callers” by Ramsey Campbell:  Here, the tension and uneasiness slowly builds, as good horror should.  A young boy staying with his grandparents decides to go to a movie, but can't get in. Neither can the other two teens standing in line, and they take it very personally.  The boy runs to his grandmother's bingo game, and well, let's just say that if you're a regular bingo player, you may never want to play again after reading this story.  Another good one.  * 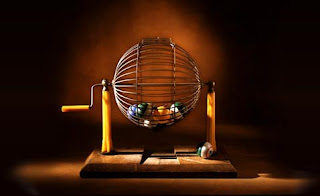 7. “Two poems for Hill House” by Kevin McCann:  Hmmm. The second of the two is better. That's all I will say.

8 “Mariner’s Round” by Terry Dowling: There's an old saying about how revenge is a dish best served cold.  That's definitely the case here, where three boys get into a scuffle that leaves a scar on one of them who never forgets. I liked this one until the ending, which was kind of silly, killing the edginess.


9. “Nanny Grey” by Gemma Files:  If you have sex with a stranger, don't rifle through the stuff in her house afterwards. Especially if she has a demonic governess watching over her. This one was just bizarre, but not in a good way.

10. “The Magician’s Apprentice” by Tamsyn Muir: This one could have been good -- a young girl (13) starts her very difficult magician's training under a master, who insists that she also continue her school studies as well. Let's just say they both end up with perverse appetites.  It wasn't so bad, except for the whole pedophilia thing á la Lolita going on here. Ick.


11. “Kill All Monsters” by Gary McMahon: I probably wouldn't have called this one "horror" either -- it's more of a story about a guy who sees monsters in everyone everywhere.  Well written, definitely weird due to the man's psychosis, but not creepy, scary horror.

12. “The House on Ashley Avenue” by Ian Rogers: Okay, I liked this one -- I am a total sucker for a good haunted house story.  Here,  a couple buy a house they shouldn't have bought, and die the next day. When two psychic investigators come in, they find out why.*


13. “Dead Song” by Jay Wilburn:  More zombies. I hate zombies, although I have to admit that I actually liked this tale, because of the good writing and slow unraveling of the story within the story.


14. “Sleeping, I Was Beauty” by Sandi Leibowitz: Another poem.


15. “Bajazzle” by Margo Lanagan:  The main character in this one is going through some sort of midlife crisis -- his wife has decided to become fit and trim, and he liked her old body better.  Not only that, but she's decided that she's not buying into his problems any more.  At a party he runs into an attractive woman -- and the rest is just plain weird. Pages filled with nothing but strange sex -- no.  Another I think more weird than frightening.

16. “The Pike” by Conrad Williams  -- Here's another one that didn't really inspire the creepies, but it's a very well-written story about how one's past can leave scars, mental and physical.


17. “The Crying Child” by Bruce McAllister:  O mio dio! This story sucked me in and held me until the end. There's something appealing to me about horror stories where kids get caught up in situations well beyond their control or understanding, and this was a good one. Set in Italy during the cold war years, a village filled with people who paint hammers and sickles on their doors is well avoided by the locals because they think they're communists.  A group of boys, however, decide to take a closer look at the doors when they hear the ongoing cries of a single baby -- and one of them returns in the dead of night. *

18. “This Circus the World” by Amber Sparks: mercifully short, and that's all I'm going to say. No horror to see here, move along.


19. “Some Pictures in An Album” by Gary McMahon: Another story just filled with creeping dread that really did hold me until the finish, and then afterwards.  An album of old photos is the centerpiece in this tale where a man looks back through strange pictures of his childhood after the death of his father.*


20. “Wild Acre” by Nathan Ballingrud.  I liked this one too, although it's more of a picture of a man's complete deterioration in the aftermath of  a terrible event renders him powerless and unable to help his friends.  This one is much more psychological, but very well done.


22. “None So Blind” by Stephen Bacon -- Another very nicely-written tale, again not so much horror oriented as psychological.  Two people meet in a coffee shop after the man has been watching the blind woman for a while to get to know her habits, and strike up a conversation about how she came to be in her current predicament. The man already knows, but he asks anyway.  Absolutely stunning tale.


23. “The Ballad of Boomtown” by Priya Sharma: Bad spirits abound in this one but it's kind of all over the map and not one of my favorite stories.


24. “Pig Thing” by Adam Nevill: Another deliciously creepy story, but then again Adam Nevill is one of my favorite horror writers ever. A family transplanted to New Zealand from England and living in the middle of an  preserve in the middle of nowhere have nowhere to turn when strange things start happening at their home.  The horror of this one crept up ever so slowly and hung there until the end.*


25. “The Word-Made Flesh” by Richard Gavin :  Loss and its ensuing grief make people do the strangest things, but probably not as strange as what happens to the narrator's good friend in this story after he loses his wife and child.  A tarot card out of nowhere starts his nightmare, which leads him to an old, abandoned silo where he used to play as a child. *


26. “Into the Penny Arcade” by Claire Massey:  A girl trying to escape a fight is offered safety by a truck driver, who takes her into the trailer where he has some arcade machines from yesteryear that he insists she try out.  Awesome story, it reminded very much of Ray Bradbury's writing.*


27. “Magdala Amygdala” by Lucy Snyder.  Yes, this story got rave reviews, but it's not my cuppa. Recommended for people who like the combination of  viruses, sex and brain devouring, with a mention of the old gods in "their thrones in the dark spaces between the stars"  thrown in at the end. Hmm.
28. “Frontier Death Song” by Laird Barron.  In my top tier of weird fiction/horror writers, Laird Barron offers a story here based on the myth of the Wild Hunt.  As the main character is racing in the Iditarod, he comes into the path of the Hunt and disturbs the Huntsman, even tries to kill it.  Not a good idea.  He then becomes the prey, and races toward what he hopes is safety.  This story is good and disturbing, but the end is sort of silly which takes away its edge.

In summary: out of 28 stories, there are eight  total that I'd consider creepy horror:

"A Natural History of Autumn," by Jeffrey Ford
"The Callers," by Ramsey Campbell
"The House on Ashley Avenue," by Ian Rogers
"The Crying Child," by Bruce McAllister
“Some Pictures in An Album” by Gary McMahon
" Pig Thing” by Adam Nevill
"The Word Made Flesh," by Richard Gavin
" Into the Penny Arcade," by Claire Massey


of the 19 that are left,  a few deserve honorable mention: they weren't terribly scary, but they were very well written. They were also incredibly weird (on the good side):

" Kill All Monsters” by Gary McMahon
"Dead Song," by Jay Wilburn
"The Pike," by Conrad Williams
"Wild Acre," by Nathan Ballingrud
"None So Blind," by Stephen Bacon

and finally, even though the endings fizzled, kudos for weirdness to

Terry Dowling, for "Mariners' Round"
and
Laird Barron for "Frontier Death Song"

I will say that for the most part, I had a lot of fun with this collection, and that the very nature of anthologies is taking the good along with the not so hot.  I read them to discover new authors, and in that sense, this book is a success.  This installment # 5 of Datlow's Best Horror of the Year is one you have to judge for yourself in terms of what you consider horror or not.
Posted by NancyO at 11:04 AM